How Can I Find Football Classes in Manchester? 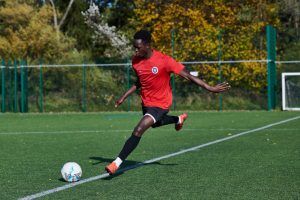 Professional coaches and Premier League surroundings provide a unique learning environment. In addition to teaching the basics of the game, Manchester football schools also help students develop confidence and improve their ball-skills. Here are some other benefits of football classes in Manchester:

Work-based learning is built into Football Classes in Manchester

The Manchester City Football School has developed a program for enthusiastic young boys aged nine to 13 who are just starting out in football.

The programme focuses on developing young players’ fundamentals while integrating work-based learning into the classroom. During the morning sessions, students attend football training where they develop individual skills, work in teams and take part in performance tests. Students also engage in 15 hours of English language teaching each week, with topics related to football.

The first year of study is dedicated to building knowledge in community sport coaching. The programme covers the underpinning principles of coaching science, human anatomy, physiological systems, and the impact of sports on society. Students are also introduced to relevant social issues.

Additionally, they are provided with a broad knowledge base regarding sports development policies. During the course of the first year, students take part in work-based learning units and gain valuable work experience opportunities through Manchester City FC’s City in the Community Foundation.

City Football Schools’ curriculum combines classroom and off-field learning in a state-of-the-art training academy, where the first team of Manchester City regularly practices. Participants have the opportunity to interact with other players from different cultures, and they are placed in groups according to their football and English skills. People from all over the world can attend the City football school. And the Manchester City Football Academy has an extensive international alumni network.

The program provides all the essential training and support needed by young people. The City Football school is committed to providing twenty-four-hour pastoral care to its students. The sportsmen can apply their new skills and develop their confidence to work within their communities.

The City Football school also provides students with work experience that will serve as a springboard to a successful career. The program also includes a range of activities, including a trip to the National Museum of Football or a guided tour of the Etihad Stadium.

For young players who want to improve their technique and physical fitness, the one-to-one coaching offered by professional coaches is the perfect solution. In the classes, players are introduced to how professional footballers maintain peak physical fitness and develop technical skills to perform at the highest level.

Coaches will tailor the sessions to the player’s requirements and level of fitness. The sessions will focus on ball related training to improve technique. If you are looking for the best football lessons in Manchester, contact a professional coach to get started.

The Manchester City in the Community Foundation programme is run in partnership with the University and provides a unique opportunity for students to experience work-based learning while immersed in the world of sport. Students will gain knowledge and expertise in a wide range of fields by working in partnership with the foundation.

Furthermore, all of the coaches have extensive coaching experience and have undergone rigorous background checks. In Manchester, you will be able to learn from highly qualified and experienced coaches, while improving your football technique and confidence.

The Manchester City Football School offers a unique opportunity for young people to get involved in the sport while improving their English language skills. Students will learn all aspects of the modern game, including technical and tactical skills, physical training, and psychological training.

Moreover, the coaches are UEFA-certified and are well-versed in the philosophy and training of Manchester City. Additionally, the Manchester City Football Academy has pitches that are used for training sessions by the professional team.

The EduKick Academy has been working in Manchester, England for over 13 years, and has gained an outstanding reputation among players. The classes are designed for male players, aged 16 years and above, and offer exposure and education in the field of soccer. UEFA-qualified coaches will also be present to assist participants.

The classes also offer opportunities for measuring players’ progress and improving technique. They will also help the participants to develop teamwork, leadership, and different systems of play.

When you’re taking a football class in Manchester, it’s likely you’re wondering: Why choose a Premier League college? Well, Manchester has a unique history. The city is the birthplace of the Football League, and five of the 12 founding members came from mill towns. Its climate is damp, and its proximity to the Liverpool Ship Canal, coal mines, and the famous Manchester United FC makes for an unbeatable setting for the class.

Coaching philosophy for football classes in Manchester comes in many forms. For example, a team may be a team with a set philosophy and the same team members do different things in different games.

For example, the Manchester City team is very structured and relies on Juego de Posicion, a positional game theory in which players occupy certain positions relative to their opponents. In contrast, a team like Manchester United will be more free-flowing and not follow a specific philosophy.

The football philosophy is a major source of conflict in the sport. People tend to favor or oppose one philosophy over the other. Both sides have their arguments, but one is not necessarily better than the other.

Solskjaer’s philosophy is based on his own upbringing. However, he is no carbon copy of Sir Alex Ferguson. Both philosophies have their advantages and disadvantages, and they each have their own approach to the game.

In terms of style, Manchester United adopted a style that was direct and long-ball. This style was characterized by lumping the ball forward to the big, physical number nine. In contrast, teams that play possession-based football are generally patient with the ball. Rather than playing possession-based football, Manchester United always aimed to attack quickly, using a multi-functional striker and quick players to break down opponents’ defence.

Pep is a self-proclaimed football purist. His philosophy has influenced the Premier League, forming some teams and inspiring others to emulate his way of playing the game. Pep’s style has led to many philosophies in the game, from long ball to physicality. However, the English press doubted his ability to lead a team in such a League. However, his success is proof enough that his approach is a winning one.

Click here to add your Football listing on Sportspod